Be Ready for Jesus

When Jesus left the earth almost 2,000 years ago, it was with a promise to return –

The God of heaven will set up a kingdom that will never be destroyed, nor will it be left to another people. It will shatter all these kingdoms and bring them to an end, but will itself stand forever. Daniel 2:44

“The kingdom of the world has become the kingdom of our Lord and of His Christ; and He will reign forever and ever.” Revelation 11:15

The values of this kingdom will not be based on financial growth, but on love for God and other people.

Since the time Jesus left, people have looked for His 2nd coming.  Yet He knew it would be a long time. He said that nations would rise and fall  – the work of centuries not years –

Nation will rise against nation, and kingdom against kingdom. There will be famines and earthquakes in various places.  All these are the beginning of birth pains. Matt. 24:7-8

Jesus’ final message is found in the amazing prophecy of Revelation. He gave 7 signs that foretold events from the time He left to the time He returns.

Just as there were signs in Egypt before the Israelites went to the ‘Promised Land’, so there are signs  before  going to the ultimate ‘Promised Land’ which is the Kingdom of God.

The last sign in Egypt was the death of the firstborn son. In order to be saved the Israelites were told to kill a lamb, put the blood around their doorposts and shelter in their houses while the angel of death ‘passed over’.  This is still remembered at Passover by the Jews.

In Revelation, the first sign is the death of God’s Son.  Christians are saved through the blood of Jesus – He gave His life for ours – He conquered sin and His followers continue in His footsteps – conquering and to conquer –

I looked and saw a white horse, and its rider had a bow. And he was given a crown, and he rode out conquering and to conquer. Rev. 6:2

The Jews lost their place as lights to the world. Christians take the message to the world of salvation through the blood of Jesus.

Their punishment was for turning aside from their covenant with God. This led to their leaders rejecting their Messiah- A ‘time of trouble’ – of great tribulation. It lasted almost 2,000 years until the horrors of the Holocaust were followed by their return to the Land of Israel.

Immediately after the tribulation of those days: ‘The sun will be darkened, and the moon will not give its light; the stars will fall from the sky, and the powers of the heavens will be shaken. At that time the sign of the Son of Man will appear in heaven, and all the tribes of the earth will mourn. They will see the Son of Man coming on the clouds of heaven, with power and great glory. And He will send out His angels with a loud trumpet call, and they will gather His elect from the four winds, from one end of the heavens to the other. Matt. 24:29-31

The sun, moon and stars are symbols for rulers in the political heavens – for example, in Jeremiah 4 they are used to describe Judah – they should have been a light to the world, but their light was gone

My people are fools; they have not known Me….They are skilled in doing evil, they do not know how to do good.” I looked at the earth (people), and it was formless and void; I looked to the heavens (leaders), and they had no light. Jer. 4:22-23

The final 3 Signs  of Revelation focus on the area around the Euphrates. They commenced when Israel were regathered as prophesied. They describe the inability of  leaders to rule in justice and the impossible chaos of Iraq, Syria, Lebanon and Iran – The Middle East mayhem. Throughout the Bible a consistent thread of prophecy has predicted the events that would befall the Jews and the ones that are still to come –

Click on chart below until right size for viewing –

The accuracy of the prophecies foretelling what would happen to Israel and the nations of the Middle East is beyond chance. We are in the very End Times of the prophecies – the time described when people shelter in fear –

Then the kings of the earth, the nobles, the commanders, the rich, the mighty, and every slave and free man, hid in the caves and among the rocks of the mountains. Rev. 6:15 (Caves & rocks are symbols for towns & cities)

People will be terrified at what they see coming upon the earth, for the powers in the heavens will be shaken. Luke 21:26

Understanding the prophecies strengthens faith and shows that God has a plan for the earth – that He does what He says He will do,  and  that we are on the brink of Christ’s return – the Kingdom of Heaven is at hand. Its king is about to return. This is a plea to forget about the shallow things of life and turn to God who wants everyone to be part of His coming Kingdom – a Kingdom whose focus is love. Love for God and love for our neighbour.  Time is running out… now is the time to turn to God

See: Revelation – How it Works 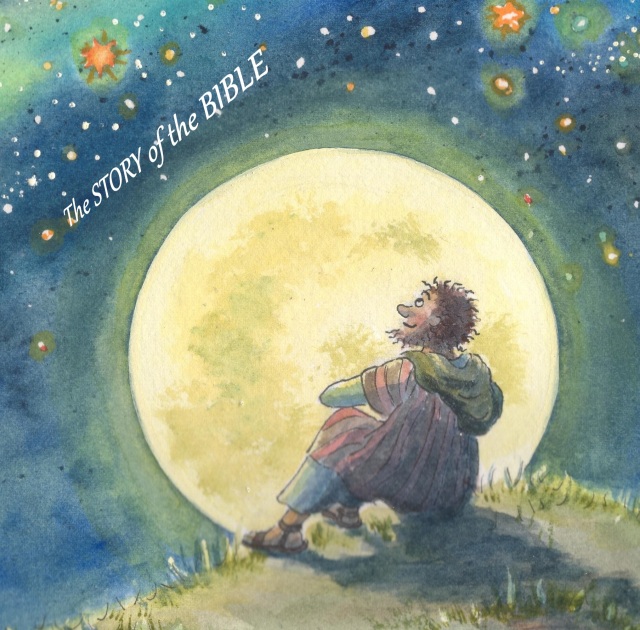 Another voice in the wilderness
View all posts by alsowritten →
This entry was posted in Jesus, Present Day Events, prophecy, Revelation and Daniel, Witness of Prophecy and tagged alsowritten, Amageddon, be ready for Jesus, Christ is Coming, End Time Prophecy, how Revelation works, Jesus is returning, Jews in disbelief, rapture, robin jones, Witness of Prophecy. Bookmark the permalink.

2 Responses to Be Ready for Jesus